Analysis of Responses to Plandemic Movie 1

Most folks are aware at this point of a video on youtube that went viral this past week. We saw this video quite early and were working on a strategy on how to respond.

As the Plandemic movie made the rounds, we started compiling our own point by point response to the video. This is quite a time consuming process and therefore you start at a major disadvantage because time is of the essence.

We were able to identify a few responses that were already moving faster and therefore I think it’s instructive to evaluate them and see how effective these strategies are in their messaging.

r/Moronavirus - Where can I find a good rebuttal to "Plandemic"?

PolitiFact is a fact-checking website that rates the accuracy of claims by elected officials and others on its Truth-O-Meter.

A pseudo-documentary full of outrageous, verifiably false claims is still going viral, despite being repeatedly removed from YouTube and Facebook.

Also have seen a number of approaches on my personal news feed to the responses. I will not post them here as I think they may be protected but would be interesting to hear from everyone on what they are seeing in their own bubbles.

I’m really optimistic after this episode as it seems we are finding that most people are open minded as long as responses are not personal and we are respectful in how we give them a different perspective:

“I had some friends, not necessarily trump supporters, I’ll add, share it and I pointed out how wrong it is with sources and they snapped out of it and thanked me and are now trying to do the same to dispel the misinformation. The trick was not belittling them for sharing it, and expressing that I understand everyone wants answers right now but these are not it. The production is pretty good too, it seems kind of legitimate until you pay attention to what they’re saying.”

Everyone is looking for good information. We need to help folks that may not have the same information awareness understand how to develop these skills. Also many folks can instinctively spot the problems with these videos but don’t have the time to research.
This highlights how important the solutions we are discussing can be.

r/labrats - I've spent too much time responding to Plandemic today

Some of the reddit threads while informative have a bit of a ridicule posture so I think it’s important to isolate the information from the behavior and give it a better chance of helping people understand that the disinformation issue is not about us vs them. WE as a community and a democracy will only thrive if we are making decisions based on the beset information available. This should be a shared goal and not another wedge to divide us.

I personally think the biggest failure in this chapter was the decision to censor as it turned this video into yet another “forbidden fruit”. As we think about the future perhaps partnering with big tech could be one goal that may bring revenue and help fund a team that approaches these rebuttals in a process oriented way.

The second challenge was one of format disadvantage. It’s really not as appealing to read the long form text (this one included) that have been put up as rebuttals.

One idea we are toying with is some kind of on video commenting or live commentary style. It will still be at a disadvantage but perhaps on screen pop ups could help alleviate some of this stream of misinformation.

Gish Gallop is a well discussed strategy that will most likely be employed more and more in the future. Need an effective tool to respond:

The Gish gallop is a technique used during debating that focuses on overwhelming an opponent with as many arguments as possible, without regard for accuracy or strength of the arguments. The term was coined by Eugenie Scott and named after the creationist Duane Gish, who used the technique frequently against proponents of evolution. During a Gish gallop, a debater confronts an opponent with a rapid series of many specious arguments, half-truths, and misrepresentations in a short space of time, ...

** As always this thread is subject to updates and is a work in progress.

I also found a great video on youtube which I believe to be the most effective response. It is from a medical doctor and his open minded and fact focused approach was really appreciated: 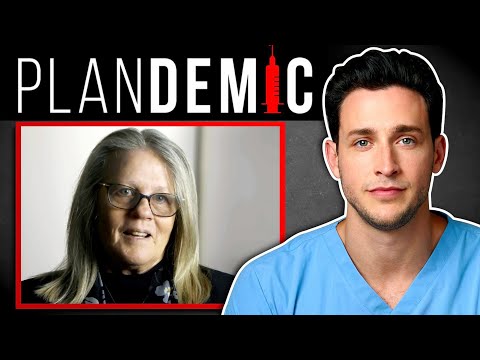